By Phoebe B. Mitchell

In the past several years, employers have struggled to determine whether some workers should be classified as employees or as independent contractors. The difference is significant, as employees are entitled to many benefits that independent contractors are not, including overtime for those not exempt under the federal Fair Labor Standards Act (FLSA). As a result, worker misclassification is a costly mistake employers want to avoid. 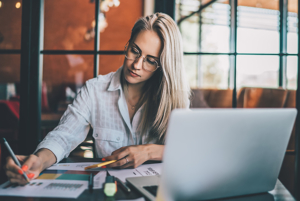 This week, the United States Department of Labor (DOL) issued its anticipated proposed rule regarding classification of workers as independent contractors. According to Secretary of Labor Eugene Scalia, the proposed rule will “make it easier to identify employees covered by the [FLSA], while respecting the decision other workers make to pursue the freedom and entrepreneurialism associated with being an independent contractor.” DOL is accepting comments on the proposed rule for 30 days.

The new rule includes a five-factor test that considers the “economic reality” of the relationship between workers and their employers.

Among the five factors, the DOL made clear that two “core” factors are key:

Both factors help determine if a worker is economically dependent on someone else’s business, or alternatively, if the worker is in business for him or herself.

The individual’s opportunity for profit or loss

This second core factor examines a worker’s personal opportunity for profit or loss. If the worker’s profit or loss opportunity is closely tethered to the work he or she performs, the worker is likely an independent contractor. In other words, a worker is a true independent contractor if the individual has the opportunity to earn profits or incur losses based on his or her own exercise of initiative, or management of his or her investment in helpers, equipment, or material to further the work.

Alternatively, an employee does not have as much personal opportunity for profit or loss. A worker who is unable to affect his or her earnings or is only able to do so by working more hours or more efficiently is properly classified as an employee.

For example, if a worker has specialized training that the employer does not provide, and the work relationship is by design definite in duration, the worker should be classified as an independent contractor. On the other hand, an employee depends on the employer to equip him or her with the skills or training necessary to perform the job, the work relationship is, by design, indefinite in duration or continuous, and the worker’s work is a component of the employer’s integrated production process for a good or a service. Lastly, the actual practice of an employer is more relevant than what may be contractually or theoretically possible in determining a worker’s classification as either an independent contractor or employee.

While these three factors are important, according to DOL, if the two “core” factors point to the same finding, “their combined weight is substantially likely to outweigh the combined weight of the other factors that may point toward the opposite classification.”

The complete proposed rule is available at: https://www.dol.gov/sites/dolgov/files/WHD/flsa/IC_NPRM_092220.pdf. For more information on this alert and its impact on your business, please call 405.606.4711 or email me. Another year, another recipe vying for a coveted trophy at the Oklahoma County Bar Association’s annual Chili Cook-off.

“I always love participating in the chili cook-off, not just because I am a very competitive person (and not a sore loser at all),” Tipton said. “I always find myself making new acquaintances that I look forward to seeing again in the court house or out and about!” “The secret ingredient to my chili was definitely the spicy Mexican chocolate,” she said. “We had so much fun participating in the OCBA YLD chili cook-off. It is always great to come together and compete to raise money for a worthy cause like the Regional Food Bank.”

In 2019, the OCBA YLD named Phillips Murrah “Friend of the YLD” for the Firm’s consistent support of their charitable efforts.

To learn more about the YLD, visit OCBA’s website here.

Phillips Murrah is proud to welcome Justin G. Bates, Kara K. Laster, and Phoebe B. Mitchell to our Firm.

Phillips Murrah welcomed Justin and Phoebe to the Firm’s Litigation Practice Group as associate attorneys. Each represents individuals and both privately-held and public companies in a wide range of civil litigation matters.

Justin attended the University of Oklahoma College of Law where he earned American Jurisprudence Awards for Civil Procedure II and Torts. He served as a member of the American Indian Law Review and was a member of the Phi Delta Phi Legal Honor Society. Justin also had the privilege of arguing in the final rounds of both the 2017 1L moot court competition and the 2018 Calvert Competition before an esteemed panel of Oklahoma justices.

Justin was born and raised in the metro area, where he currently lives. In his free time, he enjoys traveling, watching college football, discussing what could have been for the Oklahoma City Thunder, and spending time with friends and family.

Phoebe attended the University of Oklahoma College of Law where she earned the American Jurisprudence award for Civil Procedure II and was on the Dean’s Honor Roll. She served as the Research Editor and Candidate Mentor on the Oklahoma Law Review and was a member of the Phi Delta Phi Legal Honor Society. Phoebe also served as a mentor on the Dean’s Leadership Council, was selected as a Dean’s Leadership Fellow, and was selected to serve on the Academic Appeals Board.

While in law school, Phoebe had the opportunity to clerk as a judicial intern for the Honorable Judge Rob Hudson of the Oklahoma Court of Criminal Appeals.

Phoebe was born and raised in Oklahoma City and received a Bachelor’s Degree from Vanderbilt University in Nashville, Tennessee. She enjoys Thunder basketball, OU football and cheering on her Vanderbilt Commodores in her spare time.

Kara has joined Phillips Murrah’s Transactional Practice Group as an associate attorney where she represents individuals and businesses in a broad range of transactional matters.

Kara was part of the dual degree program at the University of Oklahoma College of Law and Price College of Business, achieving both her J.D. and M.B.A. During her third and fourth years of school, Kara worked as a Graduate Assistant for the Editor-in-Chief of the Southern Law Journal and business law professor at both the undergraduate and graduate levels. She was a member of the Phi Delta Phi Legal Honor Society, received the Elkouri Scholarship, and graduated with honors.

Kara was born and raised in Shawnee, Oklahoma, and now lives in Oklahoma City. In her free time, she enjoys traveling, snow skiing, spending time at the lake with friends and family, and attending OSU sporting events.