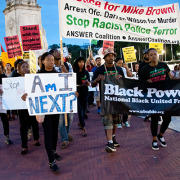 By now, everyone is familiar with the situation in Ferguson, Missouri – the tragic loss of life, conflicting eyewitness accounts, and a decision not to indict the officer. Without offering an opinion as to the outcome, this article is intended to educate about Oklahoma’s grand jury process.

It is important to remember that a grand jury does not determine guilt or innocence. Rather, it is a tool used by prosecutors to analyze evidence and determine whether probable cause exists to charge a person with a crime. This differs from the standard required at a trial, which is that the defendant be guilty beyond a reasonable doubt.

A grand jury is comprised of 12 people who review evidence presented by the prosecution to determine whether probable cause exists to file charges. It is a fairly informal process where grand jury members, prosecutors, and any witnesses are, typically, the only individuals present. Usually no judge is present, and typically the defendant does not participate. Prosecutors present evidence to support criminal allegations and make a suggestion to the grand jury.

Evidence includes presenting witnesses and documents. Typically, prosecutors act in an advocate role to persuade the grand jury to indict. At the end of the prosecutors’ presentation of evidence, the grand jury members make their decision.

Ultimately, the grand jury process is afforded wide investigatory powers. That the procedure in Ferguson departed from what is considered normal practice does not mean the ultimate decision was correct or incorrect.